Don't Give Up on the Chevy Volt Just Yet! 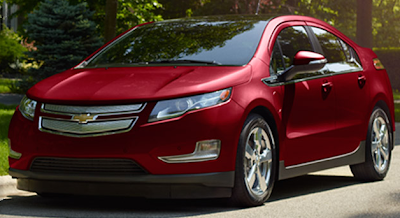 With all the bad press the Chevy Volt has been getting recently, I think it's time for some perspective.  We've all heard the stories about how the Lithium Ion battery in the Volt has the potential to catch fire in a severe crash.  And sure GM is now offering to buy back certain Chevy Volts.  But as someone who's invested long hours in the EV world, I feel it needs to be said, if I had a Volt, GM would have to pry the keys out of my cold, dead hands!

In the grand scheme of things, it's amazing how easily we forget that the petroleum tank of a standard Internal Combustion Engine vehicle can also catch fire under the right evaporated temperature and pressure.  In my years of driving, it may be unfair of me to say I've never seen an electric vehicle fire, but I've certainly seen more than one car ablaze on the side of the road.  Sure, Lithium-Ion batteries can get hot, and yes, they can cause fires.  But that's why all EVs, including the Chevy Volt, us a very intelligent battery management system.  These systems monitor battery load and keep them from overheating due to rapid charge or discharge.  The only way you're going to see an EV battery catch fire is if it's in a catastrophic accident, like the one in the NHTSA tests.

That's not to say you shouldn't get your Volt repaired.  There's no sense in being reckless and the Volt will be repaired.  GM, after all, has been long invested in the EV market.  After all, they made the EV1.

And the EV1 is exactly why you need to keep your Volt!  It broke my heart when GM recalled all their EV1 leases; it was such a beautiful car!  This was the subject of a wonderful documentary by director Chris Paine called Who Killed the Electric Car?  Seeing all those electric vehicles crushed, we EV advocates swore never again!

So get your Volts fixed, and then take them home and drive, drive, drive!  Show the world how great a car the Chevy Volt is!  Be a good-will ambassador for we few, we proud, we EV owners!  Don't let them take your electric car away again!